November 19, 2014 Comments Off on The Williston Family Story – How it all began. In The News

The Williston Family Story – How it all began. 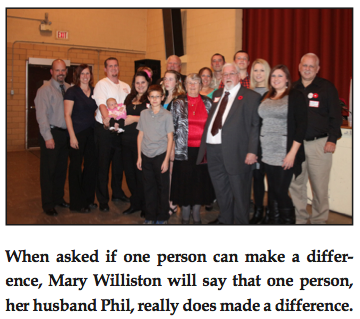 These days while Mary and Phil act on more of an advisory role with Goodfellows, their sons, Scott and Craig have taken on leadership roles with Chatham Goodfellows. Scott is entering his fourth year as the President and Craig, the 2011 Mr. Goodfellow recipient, is entering his third year on the Board of Directors.

» In The News » The Williston Family Story – How it all began.