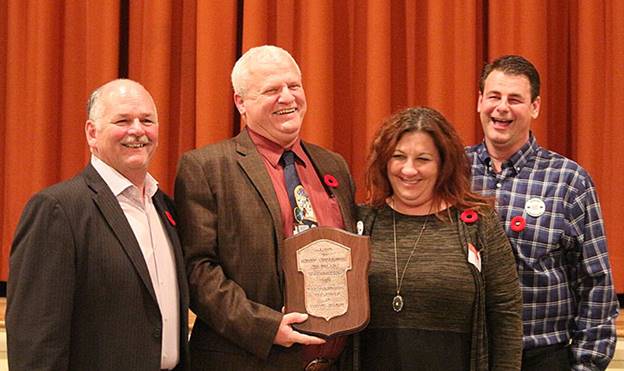 At the Goodfellows’61st Annual General Meeting on November 5, 2015 President Scott Williston is introduced as Mr. Goodfellow for 2015.