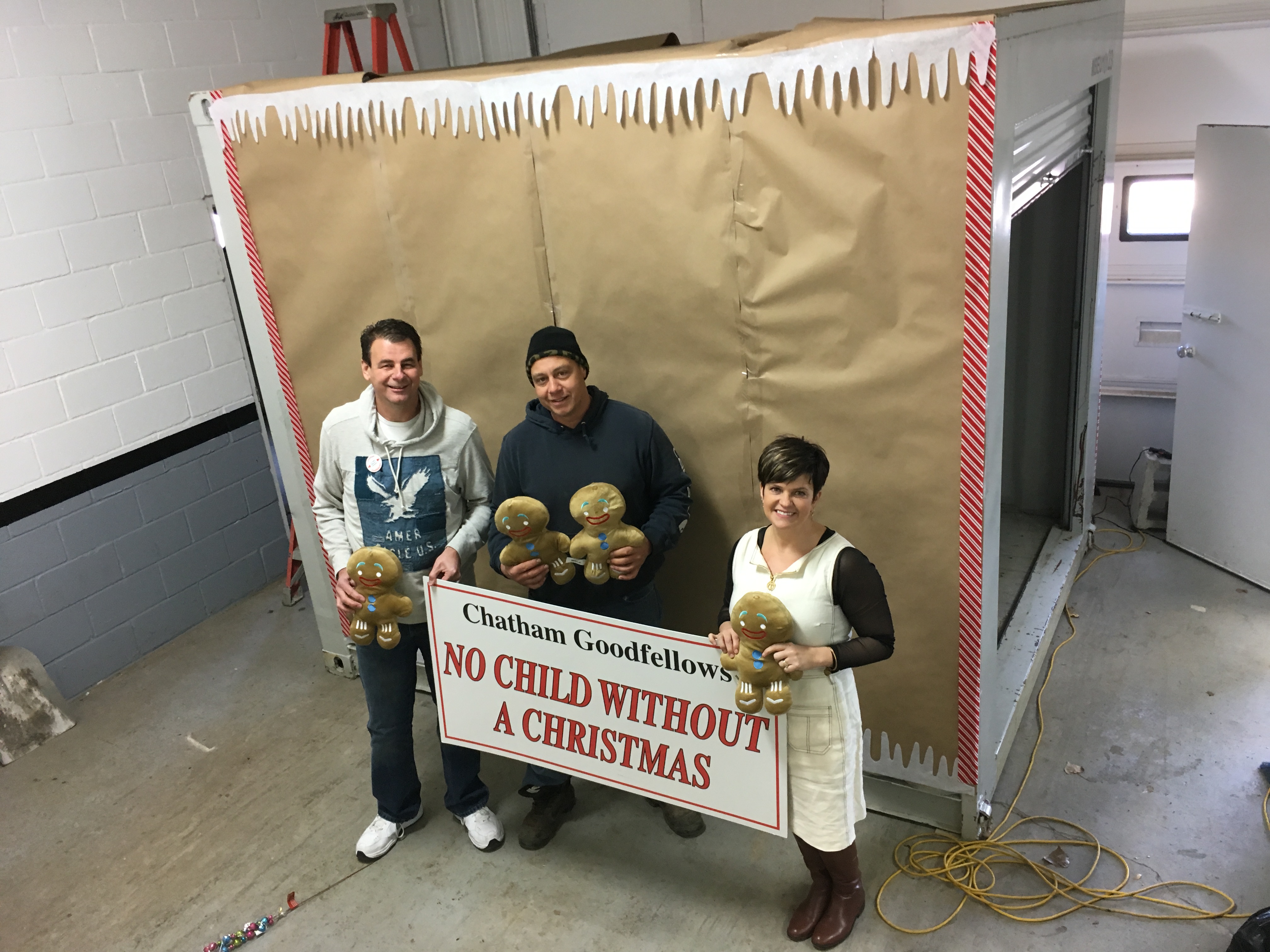 In the Photograph right to left Heather Erickson of Portable Storage and Jason Verkaik of Chatham Towing explain to Tim Haskell, President of Chatham Goodfellows the changes they are making to their “Gingerbread Float” for the 2017 Historical Downtown Chatham – BIA Christmas Parade.

Heather Erickson of Portable Storage explained that her company and their partners are small businesses in Chatham-Kent who are grateful for the support they receive in Chatham-Kent from all of the citizens and in turn recognizes the importance of supporting other local businesses.  Heather is welcoming two additional partners for the 2017 campaign, Pie-Zano’s Authentic Italian Pizza, and Dig’R Wright Excavating Inc.. .

The Parade will start at 6:30 pm as there will be a Santa Run from 5:30 pm until 6:30 pm ahead of the parade. Come out early to see the run! The parade will head over Third Street Bridge, left onto King St. West and travel all the way down to the Wish Centre. Santa will be at the Wish Centre after the parade for a short visit with the children.