December 12, 2018 Comments Off on Toy Packing & Community Support In The News 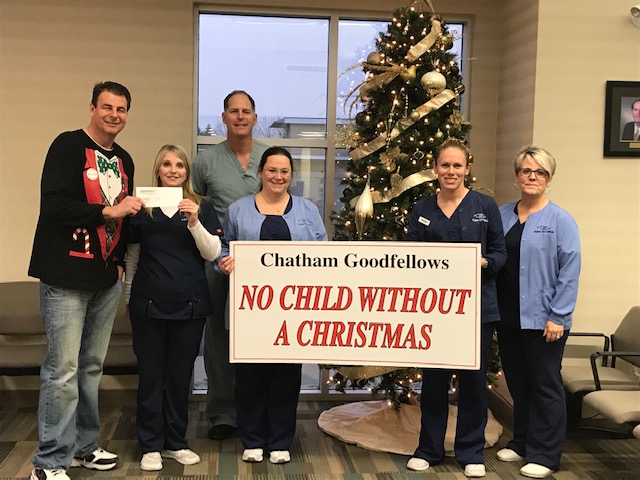 The second night of Toy Packing was a great success.  Well over  100 people
packed toy boxes tonight in less than an hour.    Chatham Goodfellows is
overwhelmed by the on-going community support. 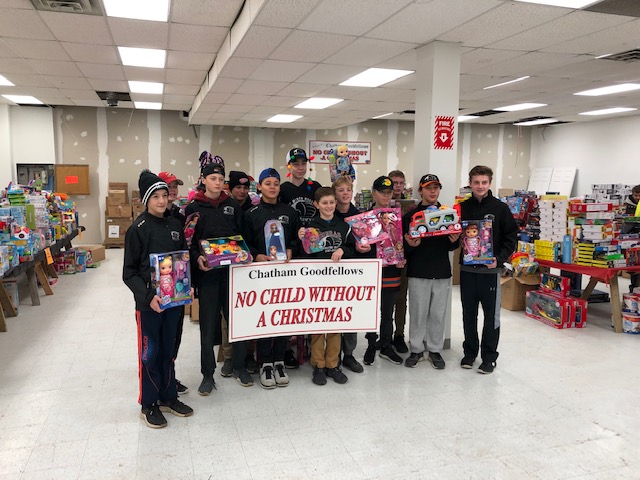 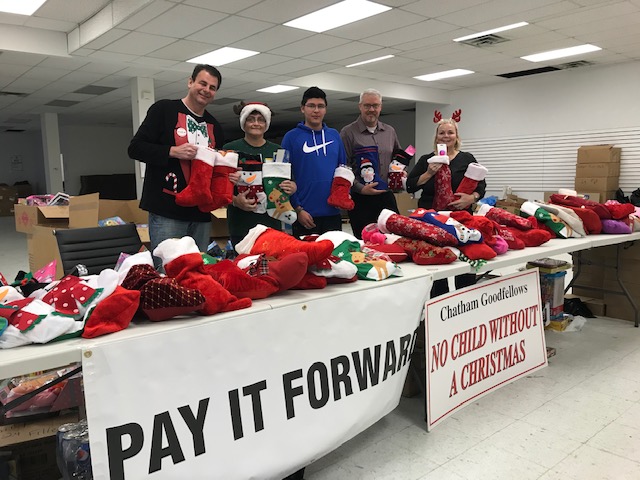 The third photograph – Pay it Forward and Praise Fellowship Church prepared
over 100 Christmas stockings full of toys and gifts.  The stockings were
dropped off at the Chatham Goodfellows Toy Barn today.  In the photograph
(L-R) President Tim Haskell receives the stockings from Joanne Fluery,
Dillon Koppes, Pastor Mike Koppes and Geri Ann Hughson. 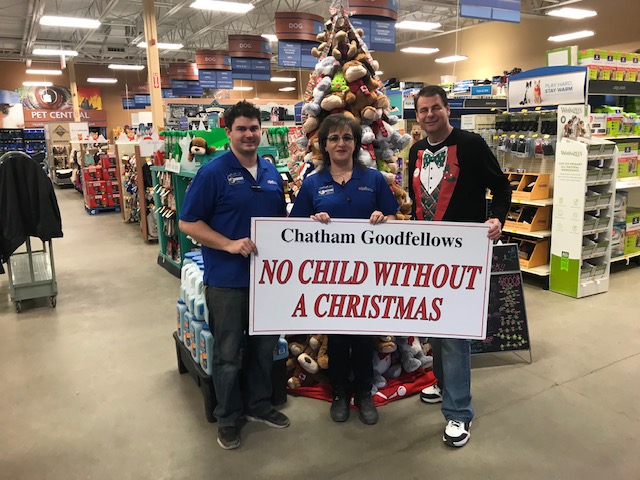